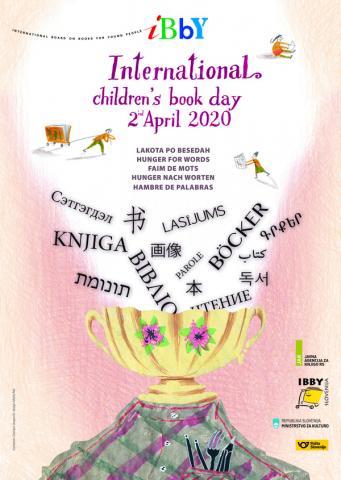 Since 1967, on or around Hans Christian Andersen’s birthday, 2 April, International Children’s Book Day (ICBD) is celebrated to inspire a love of reading and to call attention to children’s books.

Each year a different National Section of IBBY has the opportunity to be the international sponsor of ICBD. It decides upon a theme and invites a prominent author from the host country to write a message to the children of the world and a well-known illustrator to design a poster. These materials are used in different ways to promote books and reading. Many IBBY Sections promote ICBD through the media and organize activities in schools and public libraries. Often ICBD is linked to celebrations around children’s books and other special events that may include encounters with authors and illustrators, writing competitions, or announcements of book awards.

IBBY Slovenia is the sponsor for International Children’s Book Day 2020.

Current and past posters are available from the IBBY Secretariat. A catalog of posters and messages that have appeared between 1967 and 2002, created on the occasion of the 50th anniversary of IBBY is also available.

2020 ICBD – Slovenia
A Hunger for Words
Where I live, bushes turn green in late April or early May and are soon populated by butterfly cocoons. These look like wads of cotton or candy floss, and the pupae devour leaf after leaf until the bushes are stripped bare. When developed, the butterflies fly away, however, the bushes have not been destroyed. As summer comes around, they turn green again, each and every time.

This is a picture of a writer, a picture of a poet. They’re eaten away, bled dry by their stories and poetry, which, when they’re finished, fly away, retire into books and find their audience. This happens again and again.

And what happens with these poems and stories?

I know a boy who had to have eye surgery. For two weeks after the operation, he was only allowed to lie on his right side, and after that was not permitted to read anything for a month. As he finally got hold of a book after a month and a half, he felt as if he was scooping up words from a bowl with a spoon. As if he was eating them. Actually eating them.

And I know a girl who grew up to be a teacher. She has told me: Children who hadn’t been read to by their parents are impoverished.

When one is hungry or thirsty, their stomach contracts and their mouth turns dry. They look for anything to eat, a piece of bread, a bowl of rice or corn, a fish or a banana. The hungrier they grow, the narrower becomes their focus, they become blind to everything but the food that could sate them.

The hunger for words manifests itself differently: as gloominess, obliviousness, arrogance. People suffering from this sort of hunger don’t realize their souls are shivering cold, that they’re walking past themselves without noticing. A part of their world is running away from them without them being aware of it.

This type of hunger is sated by poetry and stories.

But is there hope for those who have never indulged in words to ever satisfy this hunger?

There is. The boy reads, almost every day. The girl who had grown up to be a teacher reads stories to her pupils. Every Friday. Every week. If she ever forgets, the children are sure to remind her.

And what about the writer and the poet? As summer comes, they’ll turn green again. And again, they’ll be eaten away by their stories and their poems that will then fly away in all directions. Again and again. 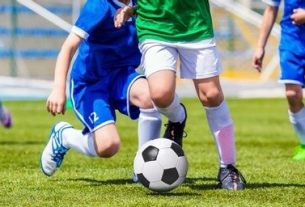