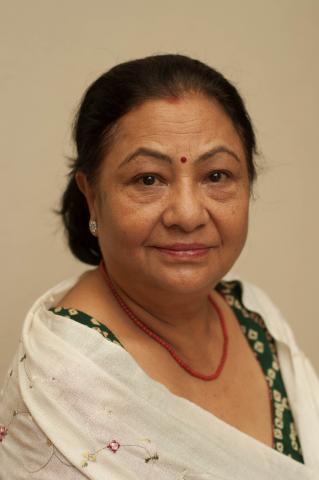 Jaleswari Shrestha is a renowned story writer, novelist, children’s literature author, and also a social worker. LabhakaBafharu (story collection), Niyati Chakra, Maun Bidroha (Two novels) along with the children’s story collections are some of her published works. She has also contributed to established trust for various awards such as the GomaSmriti award, DevKumari Children’s Literature Award, Gunjan Award, and the KisorSahitya Manuscript Award. Author Jaleswari has also established a child talent award of her own. In this way, she has been providing her special contribution to the upliftment and promotion of literature. Though she started her literary career only after her 50s, she has successfully infused her literature with very young energy, joy, and enthusiasm.

This time, the conversation between author JaleswariShrestha and the editor of Ketaketi online.com under the three questions segment has been presented here:

Though I started my literary career only after my 50s, I had a literary soul and a rebellious nature since my childhood. I still remember that I used to argue with my mother asking why my brothers get anything in more amount than me.I was the daughter who used to get more scolding and threats from my mother than my siblings. My sisters used to stay quiet without any objections but I was quite alert to have equal access as that of my brothers. I was totally disappointed and dissatisfied with the gender discrimination of society. For example, my daughters’ school required documents that I had to get from government offices, and since my husband was abroad at the time I was handling this task. I assumed that as their mother I would be able to do this easily; however, the only way to receive these documents was to show their father’s citizenship papers, and I was unable to complete this task without him. This kind of discrimination tortured my mind for a long time and I was waiting for the right time to explore. During Aswin 2053. B.S, I got a chance to express my feelings with my friends at the literary picnic that my husband and I organized in Chitwan. My eyes were filled with tears while I expressed my emotions there. That gathering became a great source of inspiration for the beginning of my literary career. I shared my emotions with them thinking that this could also be the subject matter for the authors to write literature but on the contrary, they inspired me to write literature on my own. In this way, I was able to write four stories within four months after the picnic. In this way, the journey of my literary work commenced. Similarly, I had a great interest and passion for literature since my childhood. I remember that I used to tell my friends that I will get married to a writer and they used to mock and tell me that writers are like beggars who even cannot feed me. This desire influenced me to get married to writer DwarikaShrestha when I came to know that my future husband is a writer when they came to ask my hand for marriage. During my school years, I used to write a little but there was no time to focus on it because of the household activities expected of all daughters in my family, and later as I devoted my time to taking care of my daughters. After my daughters were grown up, I felt being somehow free from their responsibility and I started enjoying writing literature. I think that in order to enjoy writing literature, family support, attachment with authors, free thoughts flying like the free birds in the clear sky are some essential factors.

I struggled a lot when I was a child. My father was staying separate from a stepmother and as my mother did not get proper love and attention from him, she was of a harsh nature towards us. She used to get angry with us. So I did not get love and affection from my parents. At that time, only the sons were sent to school. One day, I asked for two rupees from my mother and I went to gain admittance to school. After that, my sisters as well as the other daughters in the village started to go to school. In this way, gradually, the thinking to send the daughters also to the school was developed. But as I was of bold and rebellious nature, my grandfather and mother used to beat me a lot. But, I did not lose my hope and courage. I continued my studies and finally, I became a literary figure. Whether big or small, I have become able to establish my identity as a writer. I have also got great support from my husband for this. He never denied me to write literature because he also understands the notion, emotion, and importance of literature.

At present, I am writing stories and children’s stories. I am planning to prepare two books including a story collection and a picture book by revising some of the joyful folktales from the Nepal language. Similarly, I have also planned to publish a children’s story collection. In fact, when I am touched with any subject matter, it encourages me to write. The subject matter keeps on lingering on my mind unless I explore it on a blank sheet of paper in the form of literature. I feel satisfied when I finish writing. For me, writing literature has been just like an addiction. Writing literature, enjoying myself with my author friends, establishing various awards in the memory of late authors, and honoring the authors are all the things that I love and it gives me full satisfaction. Therefore, I am enjoying a lot in this field. The meeting and gathering with different authors visiting me and my participation in the literary programs are the major sources of my literary creations. 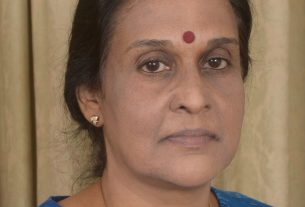 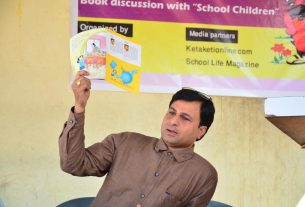